Participating in BIOUSA 2018 in Boston, USA

June of 2018 has been an important month for ReadyCell, due to our participation in this year’s BIO International Convention held in the city of Boston, Massachusetts, during the 4th – 7th of June. Our colleague Gerard Palau had the chance to meet with Spanish representatives in the Spanish Pavilion, and also, he has met with a remarkable number of scientists, Business Developers, and CEO’s of different Pharma, Biotech and CRO companies. We are really glad to announce that from this event, which has been already marked as the largest partnering event in history (Stablished as a Guiness World Record), ReadyCell has encountered old friends, and also, has begun to establish new partnerships that will hopefully translate into more business presence in the USA, but also in Europe and Asia.

We would also like to thank ICEX staff for the organization under the Spanish committee. 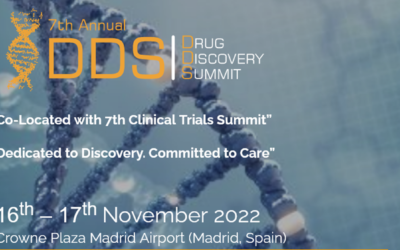 Readycell participated in the annual meeting of the StretchBio Project, which was held at the Danmarks Tekniske Universitet (DTU) in Copenhagen.

ReadyCell is attending the 4th Brain Barriers Summit in Boston

Our ReadyCell sales representative Carla Sapienza will travel next August 29th, 30th and 31st to Boston to attend the Brain Barriers Summit, an event that aims to join industry experts through a discursive forum and evaluate how neuropharmaceuticals can be targeted.